Get me outta here!

A couple of months ago I decided I needed a reset , both mentally and physically and I set out to find a true gut-cleansing detox that would help get things back on track to lose weight and feel better. I ordered Beachbody’s Ultimate Reset after looking at a number of programs and decided, being a Beachbody fan already, that this would be the one as it had healthy supplements ad focused on clean eating. It arrived and I started reading through the program to get my mind straight on what I would need to do to jump start this and be successful. This was not simply a gut-cleanse, but an emotional one as well so while exercise wouldn’t be common for the 3 weeks given the reduction in calories and protein, meditations and focusing on self would be. I decided that post 4th of July and a trip to Sky Valley would be best, though there were plenty of events I would still have to make it through and jumped right in.

The program is broken into 3 individual weeks with minor changes along the way to meal plans and supplements. The “Power Greens”, which most people on the Facebook support forums couldn’t stomach, was similar to a wheatgrass shot and while not great, it was manageable. The second week the “Detox” powder was added, which was a combo of ginger, tumeric, lemon and a little chunky, but not as bad as some kombucha-type drinks. The first couple of days were tough. Coffee, alcohol and dairy, along with the obvious white flour/sugar/artificial sweetener, were all no-no’s right off the bat. After day 2 meat/seafood were gone and after day 4 eggs.

I spent plenty of time Sunday’s, as I often do, prepping food for the week to reduce the number of times I eat out, which helps with control. Having veggies cut up for stir-fry’s and lentils/brown rice/oats prepped makes it much easier to stay on track. Working in tourism and being in a VERY social community, I had to say “no” to more than a few meetings and invitations, but it was worth it in the end! The support groups on Facebook were a big help as they typically are for Beachbody.

Other than a few little hiccups, I’m proud to say I made it through even though it sucked at times :)! It has been incredibly rewarding for me to get through this and thought I’d share the results:

*  14.6 pounds gone as well as a few inches!
*  I felt/feel amazing and have from the beginning and my IBS is practically gone for the first time in years!
*  I don’t crave sugar and I’m 100% off Splenda having switched to pure stevia
*  I can live without coffee and think that it and Splenda likely had a lot to do with the IBS
*  My skin looks and feels better than ever thanks to the epsom salt baths and essential oils I worked in
*  My clothes are fitting better and things aren’t hurting as much (plantar fasciitis sucks)
*  I haven’t had meat in 18 days, but looking forward to gradually working a little in, especially seafood, but to be honest I get this whole vegan thing now, but no way I can go 100% 😉
*  I missed eggs like crazy, but LOVE fruit and veggies and found I even like tempeh (another what???)
*  I’ve proven to myself that I’m back on track and heading towards my goal!
*  I’ve missed working out, but with the reduction of calories it’s not a priority on the reset, time to hit the bike and pool!
*  I will be doing this program again…wait, what? Yep, it’s a great program and think once a year for detoxing is a great thing!

What now? That’s where the trick comes in and I should have included this to begin with (thanks Coach Yael for reminding me :)). Adding things back into my diet gradually helps to really determine where IBS and other issues come from. I start with feeling great and anything that doesn’t make me feel great, I don’t do it ;). So far the one thing I can confirm is that Splenda is NOT something that is helping and to be honest, neither is coffee first thing in the morning, but feeling great wins over anything else.

Going back to my roots of clean eating, SMART goal-setting and workouts, including kickboxing, to get back on track following a busy, non-focused 6 months as I’m feeling a bit roly-poly, which I dislike.

My SMART goals for May/June, 2015 as I’m getting back on track are:

– Workout 5 days/week, including continuing w/ 30 Day Fitness Challenges of Skinny Jeans & Upper-Body, working back up to 30 minutes/day, hiking and biking on the weekends

Took me a little over the full 13 weeks with a couple of do-overs, but I’ve officially crushed P90X3 with the following results, which personally I’m pretty stoked about:

Huge thanks to Coach Yael and all my Shakers and Challenge buddies for keeping me strong and motivated!

One thing I know I need to do better at next time is taking better before/after pics :)! I do have one white wall in my house and clothes that will show a little more so going to take those before T25. Motivation Monday vlog is here:

The power of positive thinking is an amazing thing, so is the power of negative thinking and while I rarely go all the way to the negative thinking side of the coin, I do have times where the best intentions simply don’t turn into the actions I want. Today was a bit of that when I made the decision to not do my scheduled P90X3 MMX workout in lieu of getting other things done that I felt were more pressing. Yes, work took precedence, but had I woken up 30 minutes earlier that wouldn’t have been an issue, hence my negative-ish thinking. The nice thing is that there’s always tomorrow and while I may stumble, I no longer fall. I log, I decided to have a cup of Kashi Go Lean tonight, satisfied and logged and stayed away from the Skinny Cow ice cream sandwiches I absent-mindedly purchased a couple of weeks ago (cookies n cream, oh my!), but have since decided they, like Cherry Coke Zero, is a bad idea and not helping my weightloss efforts. I wore a suit tonight that was my moms. A beautiful Coca-Cola red, size 12, pant suit and I felt amazing, if anything I can tell that within about another 10-15 pounds I’m going to have few clothes left. I’m stuck in this 188-191 range right now and while feeling better than ever I need to kick this positive thinking thing into overdrive and get to that next goal of 175! The 1500 cals is sufficient, still not drinking alcohol (though with minor slips), minimizing sugar and processed foods and keeping with my workouts. I’m going to start getting back on the bike, in the pool and as the weather improves, getting the puppies out on the trail. All-in-all I am still on track, just need to keep the particle thinking going and know that, even with everything going on, I have time for those workouts :).

For the next 21 days I am refocusing and resetting my sugar cravings. This #21dayfocus doesn’t initially seem like something tough for me, but when I start to think about the little things here and there it’s more about consciousness and less about the actual cravings. White sugar isn’t something I need in my diet and there are plenty of alternatives to things like frozen yogurt, such as fruit, which are satisfying and certainly better for me. Already being in the middle of a no-alcohol phase it’s all the better!

One of the big things with this, which I’m decent at, but need to focus more on with this challenge, is the label reading. It’s always great to read the label for something like the Pecan Pie Lara Bar and find only Dates, Pecans and Almonds, why can’t life be that simple? Dates and Nuts…done!

The easy thing about this is that there is soooooooo much that I can have that doesn’t have sugar that there’s really no deprivation and the health benefits of the alternatives is certainly better than those of white sugar, which are zilch! The funny thing is when I did my first #21dayfocus back in the Fall of 2013 it was for artificial sweeteners and when I got done with that I had actually broken my dependency on Cherry Coke Zero and diet soda in general. I have a deep love for it, but I know that it’s not something my body needs right now, or probably ever.

No Calories, No Artificial Sweeteners, No Sodium, All Refreshing!

While disliking La Croix originally, I have found that the refreshing, bubbly taste that I get from it now is almost like a treat. I know you’re laughing at me, that’s fine, but I find that I can now have a feeling similar to what I had with Cherry Coke Zero and Fresca, but without another bad for my body and nothing feels better than that! I still have to admit that I’m not sure what constitutes “natural flavor” in the ingredients, but hopefully it’s not bad for me.

So the #21dayfocus on no sugar begins today, February 25th and will run through Monday, March 17th. I’ll report back here and on Twitter with how it’s going and will note products I find along the way, like Chobani Simply 100…nom nom, that I love and help me hit my health goals! Oh and if you want to join me just comment below or hit me up on Twitter with #21dayfocus!

I decided I need a kick-in-the-pants to ensure my ultimate goal of a size 8 by 11/3/14 was achieved and with Season 4 of The Walking Dead picking back up for the final 8 episodes I thought, THAT’S IT!

You can see my weekly vlogs here. And believe me, this isn’t “easy” for me, this is dedication and consistency so any and all support is welcome!

There are proponents and opponents of most every goal-setting methodology out there, but I tend to like the SMART method as it places a number of factors on the goal and how you’re going to get there. Most opponents I’ve seen don’t really think about what the word “specific” means, this isn’t broad goal-setting, it’s specific – who, what, why, when, how. Great article by @RealHeidiPowell on this – http://heidipowell.net/2599/how-smart-are-your-goals/.

I am in the process of wrapping up a 9 week decent run at Les Mills Combat and will be starting T25 Alpha Monday, Sept 2nd so on Sunday, Sept 1st I’ll make sure to snap new pics and measurements and get those posted.

Keep up with my logs here, YouTube vlogs here and find my Beachbody coach Yael here.

My new SMART goal for the remainder of 2013 is:

I will hit 199 pounds, by December 31, 2013 by eating 1500-1600 cals per day and logging every day, working out a minimum of 25 mins/day 5 days a week, drinking 110 oz of water/day and getting a minimum of 7 hours of sleep per night. I will weigh myself every Monday morning and do my video blog and every 5 weeks I will take measurements and pictures. 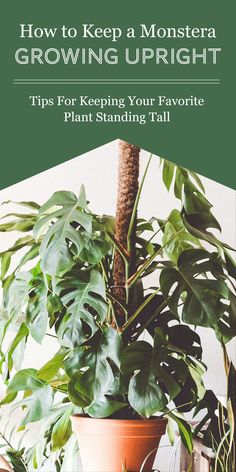 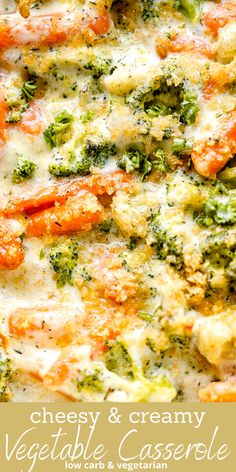 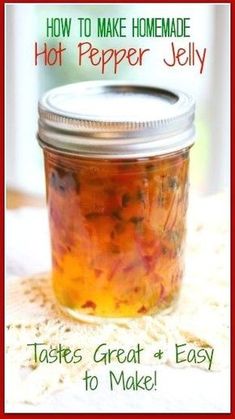 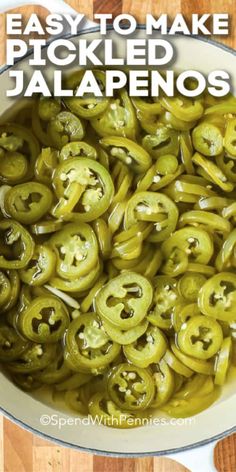 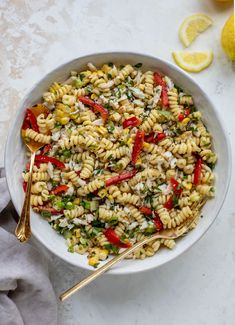 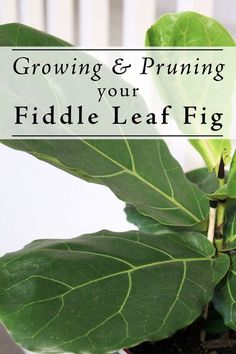 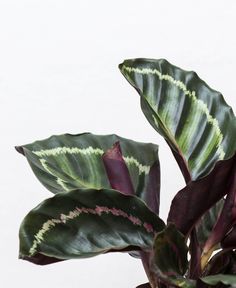 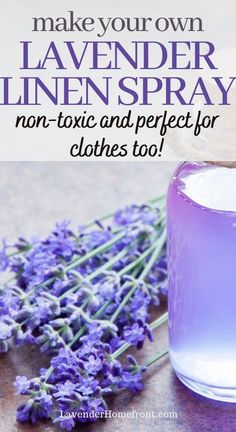 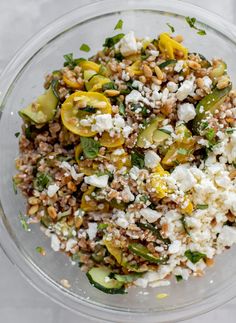 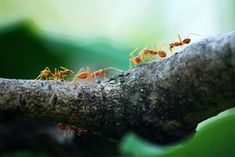 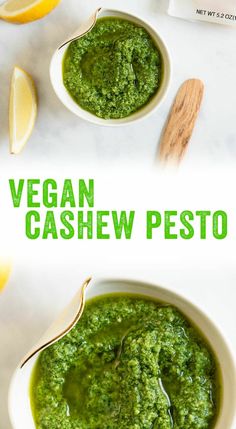 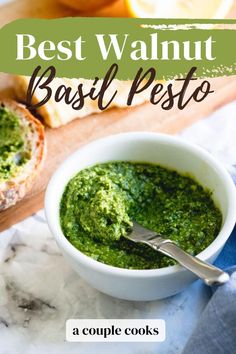 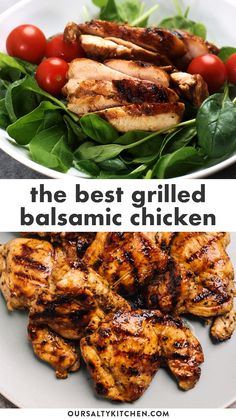 Head in the Clouds

Images on this blog are copyright to its respectful owners. This blog claims no ownership over images not taken by us. If an image appearing on this site belongs to you and you would like it removed please email carrie@carrieburns.net with a link to the image and we will certainly take care of it.